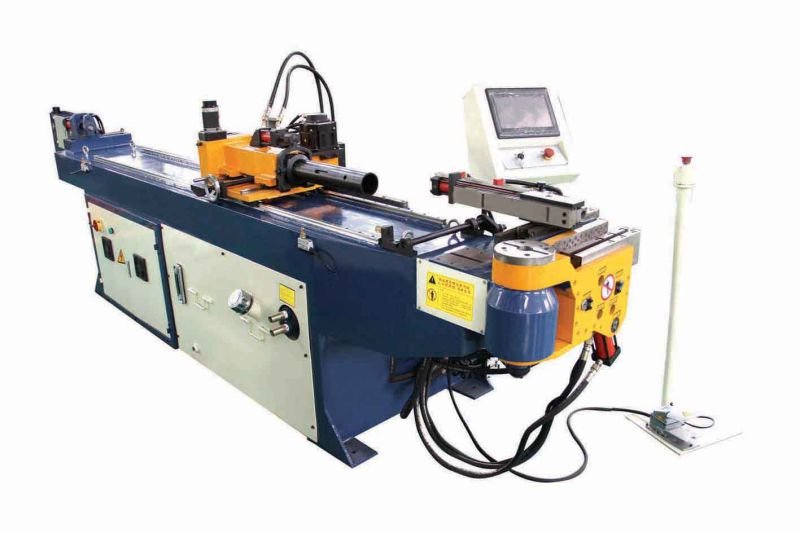 The mechanism of the hydraulic automatic cnc pipe bending machine may be a power supply. It is mainly used to provide hydraulic control for the automatic pipe bending machine to control the pressure oil and adjust the displacement of the main pump. Once the hydraulic system is improperly adjusted, there will be serious consequences. Too high or too low will not work.
If the pressure of the hydraulic automatic pipe bender is too high, the hydraulic pump will operate at a pressure exceeding the rated pressure, causing the pump to overload, resulting in an increase in oil temperature.
If the pressure of the hydraulic automatic pipe bending machine system is too low, the working mechanism will frequently open and unload the overflow valve under normal load, which will cause the hydraulic system to overflow and generate heat.
The error derivation formula caused by the differential pressure transmitter of the automatic pipe bending machine shows that the main reason is due to the existence of the height difference when the differential pressure is calculated, that is, H≠0. In order to eliminate the existence of H, the two pressure points of the elbow sensor are required to be in the same horizontal plane. That is to say, in principle, a horizontal arrangement scheme may be adopted. However, when the horizontal scheme cannot be adopted, the length of the differential pressure pipeline and the online real-time compensation scheme should be shortened.
In the discussion of the formula of the radius of curvature ratio caused by thermal expansion, it can be known that when L1=L2, the deviation length of R' and R is the smallest, that is, it is required to make the lengths of straight pipes on both sides of the elbow as equal as possible. In addition, in order to reduce the concentration of stress in the pipeline at the elbow flow-meter, the method of dividing the elongation may be adopted, that is, separately setting the expansion joint or considering the length of the elbow flow-meter on both sides of the elbow flow-meter. π type installation method.
The fluid flowing through the elbow generates a centripetal acceleration motion due to the centripetal force exerted by the tube wall, forming an overall spatial rotational flow. (Flow State Expression) The intensity of the flow centripetal acceleration motion is characterized by the centripetal acceleration of the fluid and can be determined by measuring the fluid differential pressure signal inside and outside the elbow. Under the condition that the bending diameter ratio (bending degree) and the density of the fluid medium are known, the flow rate can be calculated by the formula when the differential pressure between the inner and outer diameters is measured.