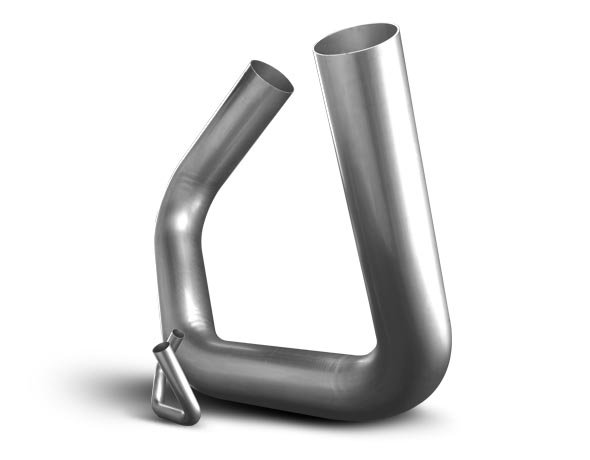 The difference and difficulty between this system and traditional single head hydraulic pipe bending machine is that the system can meet the needs of different condensers with bending radius R50, R60 and R70 respectively. Second, when all the bending parts at one end are formed automatically, the bending parts at the other end can be bent automatically by turning the head, and the condenser products with both ends bent can be removed from the bending roll. The main purpose of U-turn is to reduce the radius of curvature that has been bent with bending action. Three, we can bend different angles according to the different requirements of each bending part.

By adjusting the center distance between roller 1 and roller 2 and replacing the roller connecting plate, it is possible to meet the needs of different condensers with bending radius of RS0, R60 and R70 respectively. The open roller is also allowed to turn and bend, and the condenser product at both ends is bent out of the bending roll. In order to bend different angles according to the different requirements of each bending part, we adopt the combined limit mechanism which has been successfully developed in the process of long-distance positioning, and meet the requirements of bending different angles according to the different bending parts.

In order to improve the reliability of the system, we adopt a closed-loop control method with a terminal position sensor for all actions. Compressed air is used in all power parts and the cylinder is used as the action actuator. The double electric control reversing valve controls the movement of the cylinder, so that each action has a memory function. The main control part adopts high-performance programmable logic controller. In the design of control program and control circuit, all kinds of complex situations in the process of equipment adjustment and operation are fully considered. Whenever power failure or gas failure occurs, the program state is remembered by the holding counter and the holding status register. When the program is called and the gas supply is restored, the operation can be resumed. Caller instantaneous dual-electronic control reversing valve maintains the state of gas path before power cut and gas cut, and starts the next state transition condition until the corresponding action reaches the end of stroke and the position sensor has signal, then carries on the corresponding follow-up action, so as to avoid waste products due to power cut and gas cut. In order to meet the needs of different products, corresponding control programs are designed for different types of main condenser parts. When replacing condenser parts, the corresponding control program can only be switched by using a selector switch.