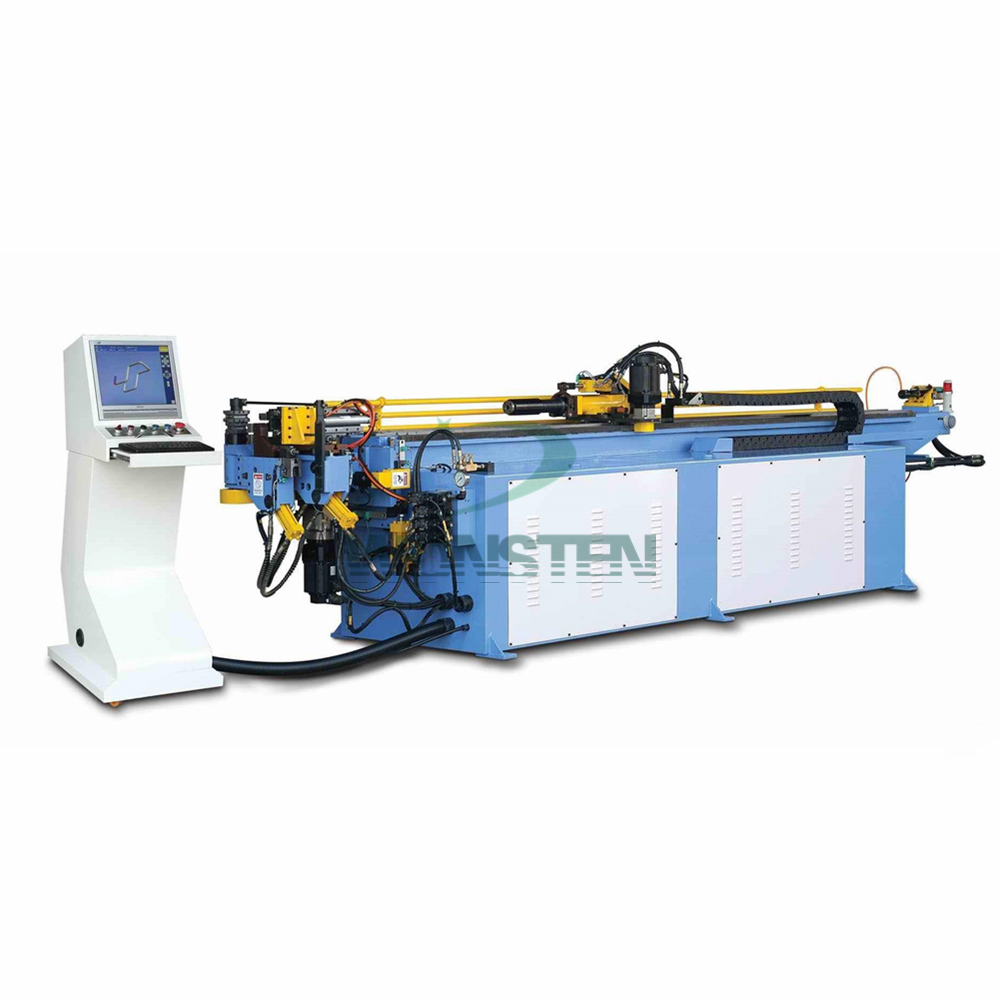 At present, there are nearly 10 Chinese single head hydraulic pipe bending machine manufacturers in developed countries such as the United States, Canada and Germany. The basic structures of the models are vertical hydraulic. The inner tubes are mainly pneumatic and hydraulic. The advantages of the pneumatic structural inner tube are that the walking speed is fast and the bending prefabrication efficiency is high, but the air compressor needs to be separately configured, and the system works poorly and is difficult to control. The hydraulic inner tube is compact and reliable with the hydraulic station of the whole machine, which ensures that the pipeline does not undergo elliptical deformation during the prefabrication process.

In the construction of large-diameter long-distance pipelines abroad, the United States has used vertical hydraulic (ie vertical) pipe bending machines since the 1960s to bend 152.4 to 762 mm (6 to 30 inches) steel pipes of various wall thicknesses. After the 1970s, the performance of the pipe bending machine was further improved. At the same time, the tube inner tube was successfully developed and used in conjunction with the pipe bending machine to bend thin-walled high-strength and large-diameter oil and gas pipelines. The maximum diameter of the pipe was 1524mm. (60 inches). The cold-bending pipe machine developed by the former Soviet Union basically started from the 1960s. Its function is similar to that of the American machine. However, due to the horizontal structure of the main hydraulic system, the plane occupies a large space, and there are great difficulties in transportation and on-site operation.

In addition, with the continuous development of science and technology, the types of pipe bending machines are increasingly diversified, and the performance of pipe bending is also greatly improved. In particular, microcomputers, microcontrollers, programmable controllers, advanced AC servo systems, and the application of new hydraulic components and hydraulic technology have made the functions of traditional pipe benders more perfect. CNC pipe benders will replace traditional pipe benders. Become the main equipment for modern curved pipes.